Podcast #13 – Mitch at Brick In The Yard 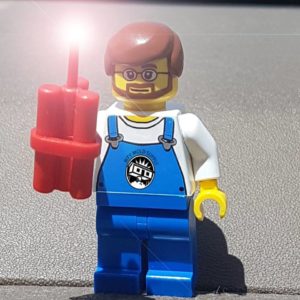 Brick In The Yard isn’t the most obvious name to give to a successful FX material supplier.

There is a good reason for it though, as you will hear in this podcast.

Mitch Rogers is the evil genius behind Brick In The Yard (BITY), one of the largest suppliers of FX materials in Texas and from the store, they ship out all kinds of materials worldwide.

Mitch took some time to show me around the shop and hang out so we could talk Gorezone magazine, silicone babies, the craft of making moulds and the perils of homemade explosives.  And why they are not a good idea. 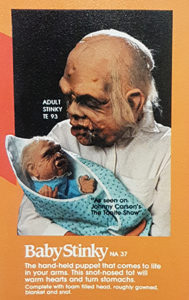 The original ‘Baby Stinky’ puppet along with the ‘Stinky’ mask. Ad from Gorezone magazine.

Mitch has a great sense of humour, and the workshop is peppered with motivational posters and ironic stories, many of which stem from insane phone calls from – erm – dare we call them customers? (One demanded Mitch know that “This is create!!!” and that mental quote became a T-Shirt). 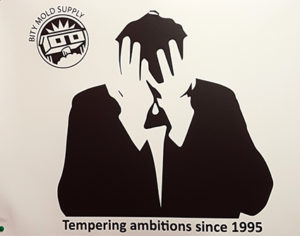 One of many motivational posters you will see at BITY.

That’s how Mitch deals with insane phone calls. He either turns them into T-Shirts or posters, or (if you are a telemarketer with a moral compass as twisted as a barbed wire pretzel) maybe even on YouTube on Mitch’s prank call channel.

After all, if they have ruthless sales angles, Mitch (or more often his alter-ego Leroy Thompson) will take that call and wring as much out of it as he can. More often than not it reveals the despicable lengths they will go to make a sale. 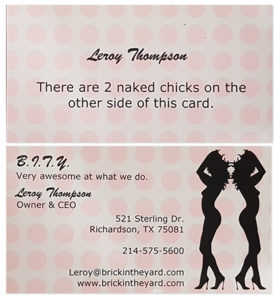 Leroy Thompson even has his own business cards. I stress, these are business cards for a fictional alter ego specifically created to deal with telemarketers.

Leroy has a hand painted sign signifying his office domain. In here he may be found getting a little bump off the crystal meth.

Anyhow, enjoy this almost two-hour chat we had at BITY! Listen or download direct from here or check us out on iTunes, Soundcloud, Google Play Music…just Google Battles With Bits Of Rubber. We’re out there to be found.

As always, email us at stuartandtodd@gmail.com

2 Responses to Podcast #13 – Mitch at Brick In The Yard