Allen Hopps is the director of Dark Hour, a huge haunt attraction in Plano, Texas. 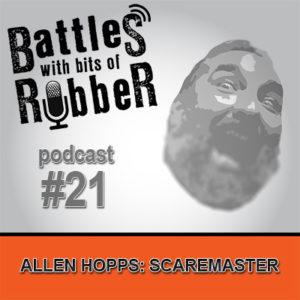 I wanted to take a tour and chat with Allen about what it takes to keep people scared and the business of running a haunt all year round. Podcast Time!!!

When people think about creating makeup effects, masks and prosthetics, its usually associated with film and TV shows. In the US, Halloween is pretty big and getting bigger every year.

The haunt industry is big business, and the work that goes into creating fresh scares show after show requires a coordinated effort utilising every trick in the book, from lo-tech jump scares from a well timed hidden performer to the latest sensor-tripped animatronics. This is all watched and monitored by an experienced crew and assisted by a system of hidden cameras, remotely tripped speakers, light effects, smoke and hydraulics. 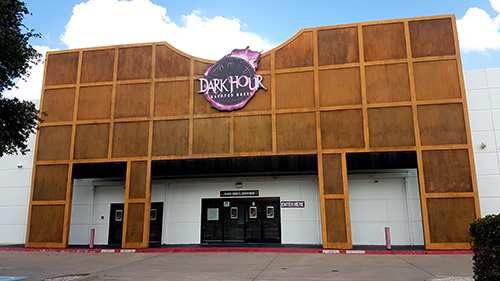 Allen Hopps is an experienced and well respected director of Dark Hour, but he also regularly gets his hands dirty, making things for the show as well as running workshops where he will teach others the tricks to efficient working to deadlines and budgets.

I went for a tour of the huge show floor, and got to see behind the scenes where all the in-house stuff gets made – from sets, costumes, masks, prosthetics and props. The level of the thought and detail that goes into setting up a new show (there are several original new shows a year) is incredible. The team work year round updating and thinking up new ways to keep the screams coming. If you can make it to a show, I’d highly recommend it! 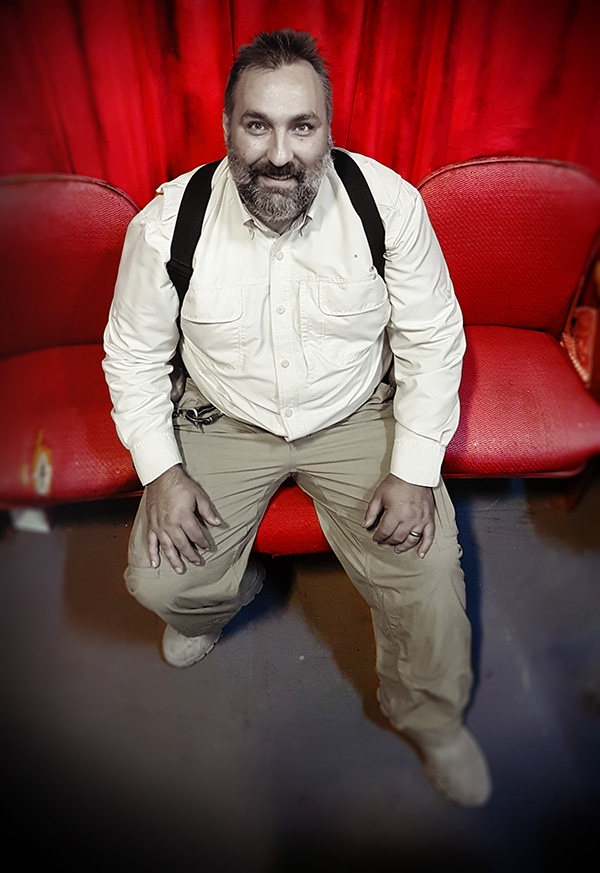 As the budgets and build times are often not anything like TV and film, a lot of creativity goes into making things from existing objects, repurposing and thinking way outside the box. The dollar store is a goldmine for creature making if you know what to look for. 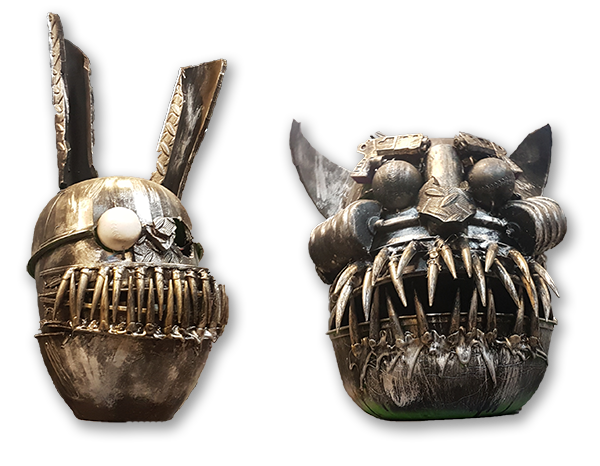 A good eye for shapes and form can help create creatures from existing objects.

It was a real joy to talk with somebody who understands both the business of running a brick-and-mortar establishment which has to turn a profit to stay alive as well as how to make a mould that will do the job without breaking the bank.

All this and understanding the psychology  of what unsettles, and how to misdirect and create an atmosphere through the right combination of sight, sounds and smells. Yes, even smells. The simplest things can sometimes be the most effective, and this is often the case with many things.

There are a few absolute wisdom bombs in this podcast episode which many makers would do well to listen to. 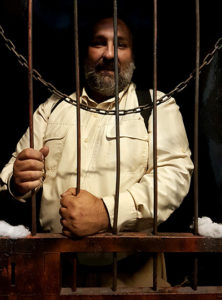 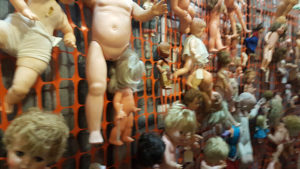 From thousands of doll moulds and doll parts (courtesy of diligent craigslist hunting) to stiltwalking, a child murdering character who makes his own choloroform, real tarantula skins on a pizza, mechanised werewolves, witches jumping down from the sky, rooms which shake, sparks, stairs which burst open and magic paint jobs which only work in the dark…..the toolbox of a haunt is a crazy mix and it has to be experienced to be believed. 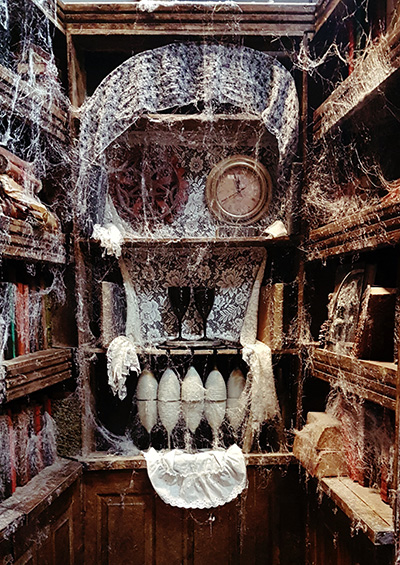 Mazes and creating disorientation is a big part of managing the sense of unease, and making a safe environment which can allow the scares to take place is a big responsibility.

It really made an impression on me how much this first-hand experience with the event is so different from the experience of working in film and television. 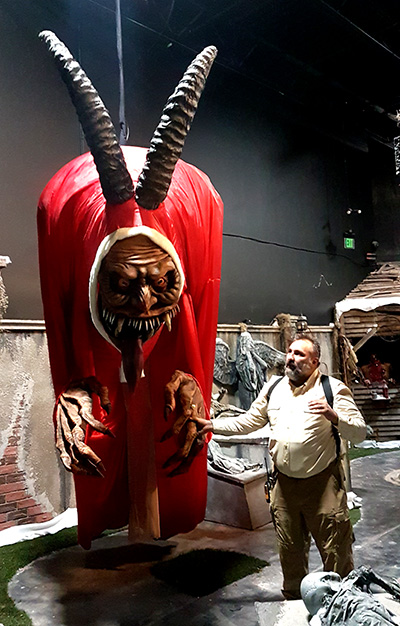 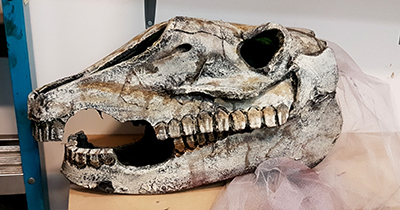 Horse skull mask made from sheet foam in a few hours. 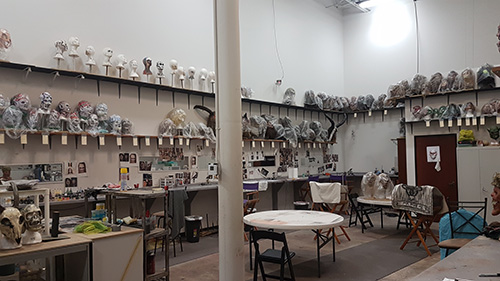 Here’s that podcast again in Soundcloud if you prefer: